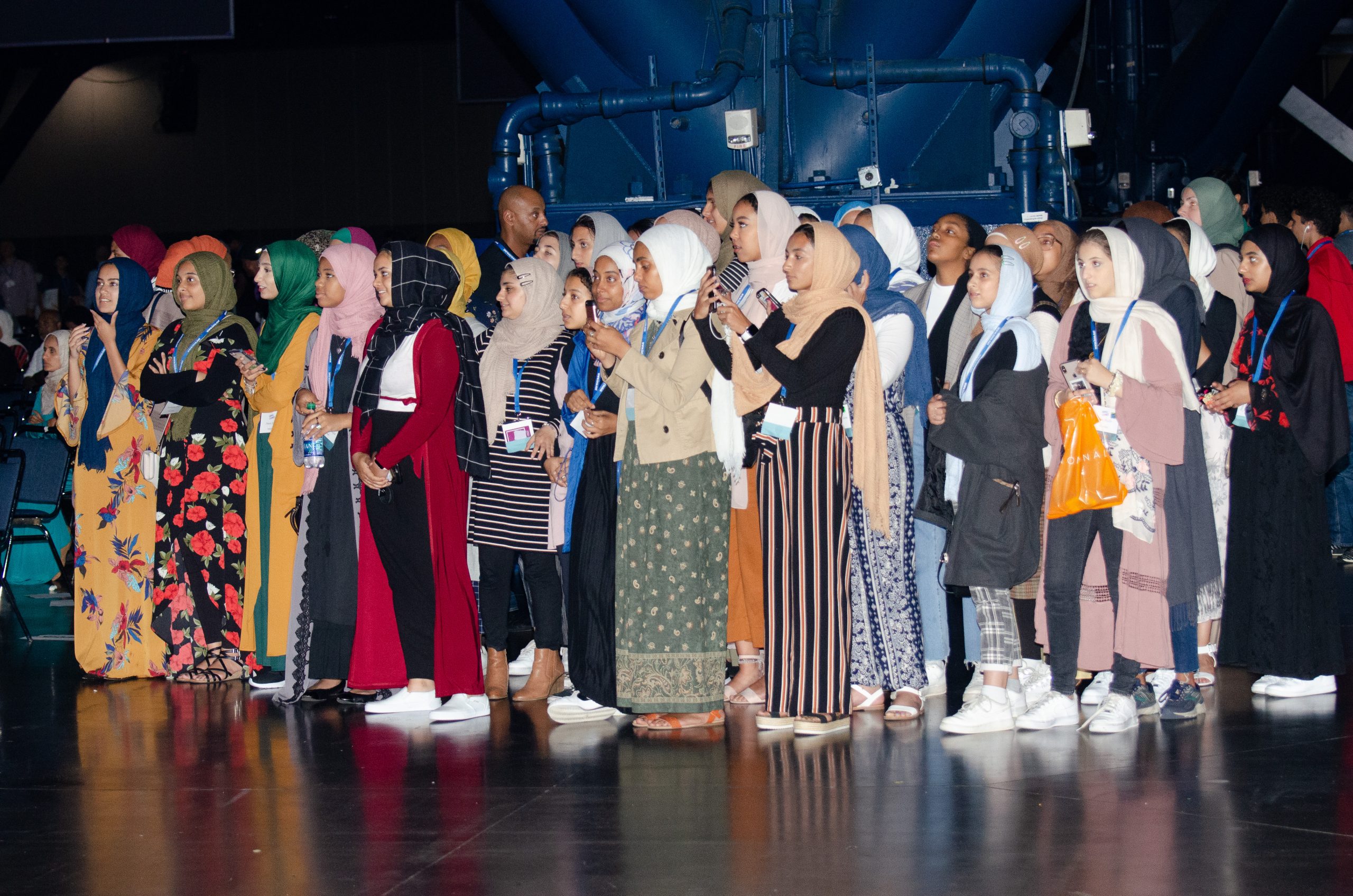 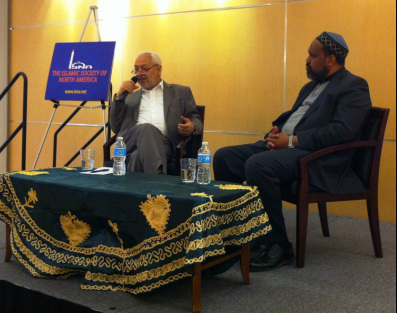 (June 3, 2013) On Friday, May 31, the Islamic Society of North America (ISNA) and the Center for the Study of Islam and Democracy (CSID) hosted A Conversation with Shaykh Rached Ghanouchi, co-founder and President of the Ennahdha (Renaissance) movement in Tunisia, which emerged in recent elections as the largest party in the National Constituent Assembly (NCA). ISNA President Imam Mohamed Magid moderated the discussion for members of the Fairfax, VA community.

Shaykh Ghanouchi spoke about exemplifying Islamic values, promoting citizens’ rights, and building peaceful communities.  Central to his comments was the importance of freedom of conscience in all aspects of society.  “Democracy is not just about the power of the majority,” he said, “it is about the rights of the minority.”  Although the Ennahdha party won a majority in recent elections in Tunisia, he helped form a coalition government that included all parties, in order to help ensure that rights are granted to all.

He spoke clearly about his views on apostasy, stating that there is no capital punishment in Islam for leaving the religion.  “If someone does not want to be Muslim,” he said, “we should let them go.  Why would we want this person as part of our community?”  He described freedom of religion as an essential principle in Islam and enumerated verses in the Holy Qur’an related to this right.

Shaykh Ghanouchi also spoke about the equality of rights for men and women, stating that government should include both sexes at the highest levels of power.