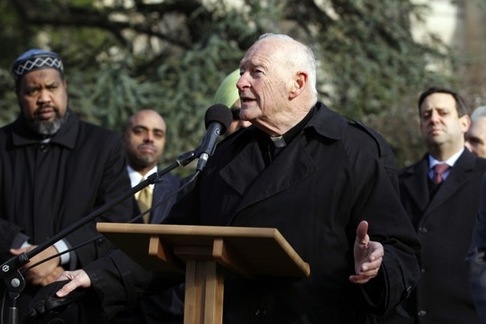 The Islamic Society of North America (ISNA) is a member of Faiths United to Prevent Gun Violence and the Coalition to Stop Gun Violence (CSGV).  We have spoken out through these coalitions after each major act of gun violence over the past year.  Specifically, we hope to: ISNA has continually spoken out after each major tragic shooting in the past year that it is time to stop the epidemic of gun violence once and for all.  ISNA supports and reaffirms the constitutional right of all citizens to bear arms, and calls for sensible federal policies to ensure that guns stay out of the hands of those who pose a risk to society. In December 2012, Imam Mohamed Magid, President of the Islamic Society of North America, joined other national religious leaders at the Washington National Cathedral to call for an end to gun violence.  They honored the memories of those who lost their lives at the school shooting in Newtown, CT, and insisted that Congress and the President work to prevent such a tragedy from ever happening again. In January 2013, Dr. Sayyid M. Syeed, ISNA National Director for Interfaith and Community Alliances,  joined more than 45 clergy and heads of religious groups at a Capitol Hill press conference and in a letter to Congress petitioned lawmakers to re-institute a ban on military-style assault weapons and high-capacity magazines, require background checks on all gun buyers, and make gun trafficking a federal crime.