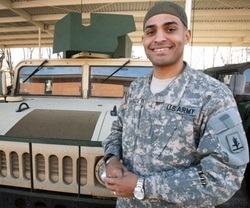 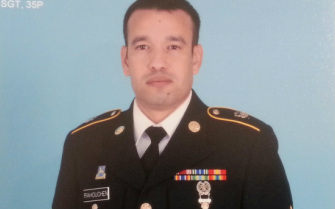 (Plainfield, IN 2/25/14) On Wednesday, February 19, 2014 the Islamic Society of North America (ISNA)’s Chaplain Services Department (ICSD) received news that two former applicants for active duty Chaplaincy were both selected to serve on active duty in the U.S. Army and Air Force.

The significance of this news is that the Department of Defense (Army, Air Force, and Navy) has not selected an ISNA endorsed chaplain for active duty in over 15 years. The two Chaplain Candidates are: SGT Mustapha Rahouchen, an enlisted Soldier currently assigned to Fort Gordon, GA and Chaplain (CPT) Rafael Lantiqua, who was recently assigned as an active National Guard Chaplain in Austin, TX however, he recently lost his position due to his unit’s personnel drawdown and recently expressed some concern finding another Chaplain position.

“After speaking by phone with both Soldiers, it was more than clear both were eager and ready to serve Allah and Country,” says ISNA Chaplain Services Director/Islamic Endorsing Agent  Abdul-Rasheed Muhammad.  “May Allah bless our new Chaplain Candidates and their families as they prepare for new challenges and opportunities in the Army and Air Force Chaplain Corps.”

Both Chaplains could go through their respective Chaplain Officer Basic Courses during the same time frame. This is possible because the three Chaplain Branches currently train at the Department of Defense Joint Chaplain Training Center, Fort Jackson, SC.