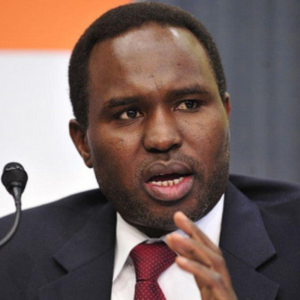 Dr. Mohamed Elsanousi is the Executive Director of the Network for Religious and Traditional Peacemakers. A global network initiated by United Nations Mediation Support Unit, UN Alliance of Civilizations, Organization of Islamic Cooperation, Religions for Peace, KAICIID Dialogue Center and Finn Church Aid serving as the International Secretariat for the Network. Most recently, Dr. Elsanousi served as the director of Community Outreach and Interfaith Relations for the Islamic Society of North America (ISNA) for twelve years. In that role, he was responsible for ISNA’s long-term strategic planning related to interfaith and the United States federal government relations. Within this context, He developed and executed creative interfaith initiatives and community engagement projects that invited American Muslim leaders to take a more creative role pertaining to their collaboration with various American law enforcement agencies. Dr. Elsanousi was the national liaison and representative for ISNA at numerous national and international inter-religious forums and conferences and has contributed articles in various books and journals.
Dr. Elsanousi is the Founding co-chair of Shoulder to Shoulder, and serves on the board of directors and advisors for numerous interfaith organizations, including but not limited to the Board of Louis Finkelstein Institute and Milstein Center for Interreligious Dialogue at the Jewish Theological Seminary in New York City, member of the United Nations Faith-based Council, Advisor for the United Nations Office of the Special Advisor on the Prevention of Genocide and Responsibility to Protect, a trustee for the Forum for Promoting Peace in Muslim Societies, the Parliament of the World’s Religions and member of the board of the Islamic Society of North America (ISNA).
Dr. Elsanousi is an advisor to a number of government agencies and national and international interfaith institutions on matters related to religion and peacebuilding. He served on the Core Group Taskforce for the Department of State’s working group on Religion and Foreign Policy under Secretary Clinton and Kerry, charged with making recommendations to the Secretary of State and the Federal Advisory Commission on how the US government can better engage with civil society and religious actors in foreign policy.
Dr. Elsanousi holds a Bachelor’s degree in Shariah and Law from the International Islamic University in Islamabad, Pakistan; a Master of Laws from Indiana University; a graduate diploma in philanthropic studies from the Indiana University Center on Philanthropy; and a Ph.D. in Law and Society from the Indiana University School of Law.