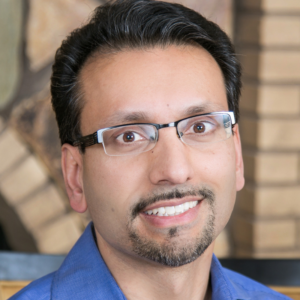 Dr. Iltefat Hamzavi has practiced dermatology since 2001. In addition to general dermatology, he specializes in photodermatology, hidradenitis suppurativa, vitiligo, and ethnic dermatology. Dr. Hamzavi earned his Bachelor of Arts degree with honors in Sociology from the University of Michigan, Ann Arbor. He received his medical degree from the University of Michigan Medical School.
Dr. Hamzavi completed his residency in dermatology at Wayne State University and completed a photomedicine fellowship at the University of British Columbia in Vancouver.
Dr. Hamzavi splits his time between Hamzavi/Dermatology Specialists and Henry Ford Hospital. As Vice President and physician liaison of Hamzavi/Derm Spec he has helped grow the group from 2 offices to 10 and from 2 physicians to 16 physicians and 10 mid-levels. He also directs the investigator-initiated research group at Henry Ford. The group has built nationally recognized specialty clinics and has over 150 publications and over 2000 citations. These publications are in some of the highest impact journals in medicine. He has served as the President of Hidradenitis Suppurativa Foundation and Co-chair of the Global Vitiligo Foundation. Inside the American Muslim community, he has served as the founding board chair emeritus of the Institute for Social Policy (ISPU). He has served on the board of Crescent Academy International as well as the Michigan Muslim Community Council (MMCC). In addition, he serves on the national and state boards for Emgage and Alim. Iltefat cherishes time with his family and service to his home state of Michigan.