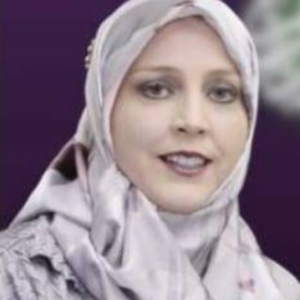 Dr. Laird is the Founder, President and Director of the Center for Muslim Mental Health and Islamic Psychology at the University of Southern California. She is also Managing Director of HRL Consulting, She joins the Department of Psychiatry at the University of Southern California in September as a faculty member. She holds a Doctorate of Psychology with a specialization in Marriage and Family Therapy, a Master’s in Clinical Psychology with a specialization in Marriage and Family Therapy and Master’s in Public Administration and Nonprofit Management. She has further specializations and training in Trauma- informed therapies, Energy Psychology and Sex Therapy. LLC., and hosts Muslims and Mental Health on YouTube. She hosts MH90 – Mental Health in 90 seconds podcast and the Life of an American Muslimah podcast. She is an adjunct professor for TCS in Public Health and Marriage and Family Therapy. She was a 2015-2016 AAMFT Doctoral Fellow of the Minority Fellowship Program and a 2016-2017 Albert Schweitzer Fellow. She has been awarded the Global Psychology Award (2015 & 2016) and the Community Partnerships Award (2016) and Community Service Learning Award for teaching (2018)
She serves on both the UsCC EE/ME subcommittee and FBAC for the Department of Mental Health Los Angeles. While at TCS she had served on The Chicago School of Professional Psychology Diversity Advisory Board (2016-2017), the State of the Discipline Committee for MFT (2017) and the Distinguished Teaching Award Committee (2014), and on the AAMFT-CA Outreach Committee (2014). She was a steering committee member to the first World Congress on Muslim Philanthropy in Istanbul, and is a member of AAMFT, CAMFT, AMHP, IFTA and ACEP. She has presented on Muslim Mental Health topics in the United States and abroad in Europe and Asia.