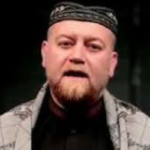 Alauddin El-Bakri began his study of Islam at a young age in North Africa and continued his education in the Islamic sciences in Jordan, learning from predominant scholars in the Muslim world. He has served the Muslim community in the United States in numerous capacities, serving as Imam at several Islamic centers and establishing full-time and weekend Islamic schools. He has also served as a founding board member of IMAN (Inner City Muslim Action Network) in Chicago, as a book editor for IQRA and also is an advisory board member in many Islamic organizations. Having been trained in both the Islamic sciences and secular education, Shaykh Alaeddin has the ability to appeal to various audiences and his main focus is in helping Muslims develop a deep understanding of the self, life and faith. He currently serves as Khateeb at Saratoga Masjid in California.