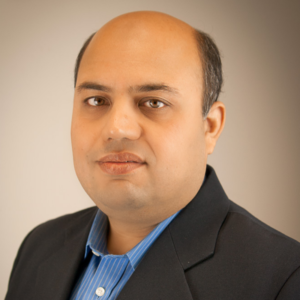 Dr. Shariq Siddiqui serves as the visiting director and assistant professor of the Muslim Philanthropy Initiative at the Indiana University Lilly Family School of Philanthropy and also the Executive Director of Association for Research on Nonprofit Organizations and Voluntary Action (ARNOVA). ARNOVA is a leading international association that connects scholars, teachers, and practice leaders in research on nonprofit organizations, voluntary action, philanthropy and civil society. Shariq has a Ph.D. and M.A. in Philanthropic Studies from the Lilly Family School of Philanthropy. He also has a JD from the McKinney School of Law at Indiana University.
Shariq authors research on Muslim philanthropy and the Muslim nonprofit sector. Most recently, he conducted a national survey of full-time Islamic schools in the United States. This project resulted in the book (that he co-authored) Islamic Education in the United States and the Evolution of Muslim Nonprofit Institutions that will be published in November 2017. Shariq also serves as the co-editor of the new Journal on Muslim Philanthropy and Civil Society and as the Series Editor of the Muslim Philanthropy and Civil Society Book Series published by Indiana University Press. He has served as a nonprofit practitioner for over 20 years for international, national, regional, and local nonprofit organizations.
Shariq is also an attorney licensed to practice law in Indiana. His current practice focusses on associations, nonprofit organizations, conflict resolution and philanthropy.
Shariq has a long history of working as a public interest lawyer. He worked for the largest domestic violence shelter in Indiana as their director of legal services. He also served as a public defender for indigent parents whose children are taken away by the state.
Shariq has served as a nonprofit practitioner and board member for over 20 years. Currently, he serves on the board of the Center on Muslim Philanthropy and Institute of Social Policy and Understanding.
Shariq serves as the director of community development, special projects and fundraising from 1999-2004. He served as a volunteer for the ISNA Development Foundation in 1998 to help rebuild their fundraising program. Since leaving ISNA, Shariq has served ISNA various volunteer roles including as Vice Chair of the ISNA Narrative Committee, Co-Chair of the ISNA Election Committee and ISNA/NAIT Appointed Arbitrator on Community Disputes.
Shariq lives in Plainfield, Indiana with his wife, Sobia, and children, Fatima, Amal, Safaa and Zaki.