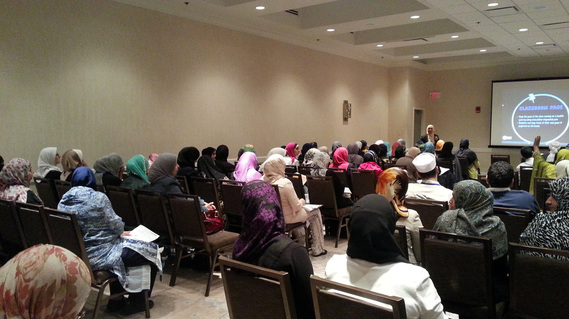 (Plainfield, IN 4/22/14) From April 18 to April 20, over 600 people flocked to the Westin O’Hare Hotel in Chicago to attend Islamic Society of North America’s (ISNA) 15th Annual Education Forum.

Schools were represented from across the U.S. and Canada. Among the many states represented were North Carolina, Virginia and Texas. Educators from small academies with 50 students and large schools with nearly a thousand were in attendance.

Overall, the forum hosted two-dozen sessions, each with an expert and attentive audience. Topics included: teaching Arabic grammar; using the SIOP (Sheltered Instruction Observation Protocol) method; weekend schools; developing an exceptional board. There was an average of five parallel sessions per time block, so registrants attended sessions of their interests.

Additional forum attractions included a bazaar with educational materials and Islamic clothing. A matrimonial session took place on Saturday, which also attracted people from across the country.

The 15th Education Forum celebration banquet was attended by more than 500 attendees and special guests. The evening was emceed by Safaa Zarzour, General Counsel-Chief Operations Officer of Zakat Foundation and former ISNA Secretary General. Entertainment included three local female students who performed their winning spoken word pieces and nasheeds from Mohamed Hussein Participants were also encouraged to support ISNA and its greater cause. 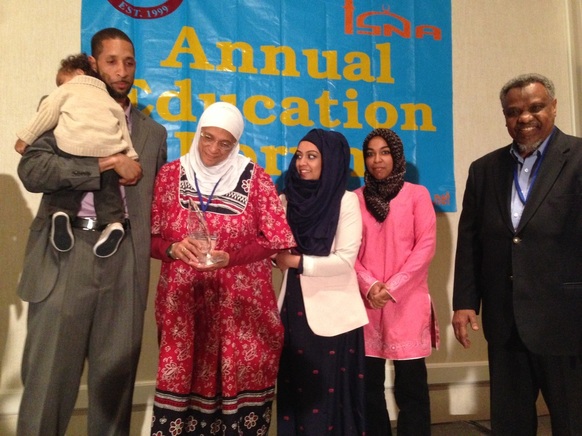 The capstone of the evening was presentation of the ISNA Lifetime Achievement Award to Sister Salwa Abd-Allah, a pioneer in Islamic education at Sister Clara Mohammed Schools, and a regular go-to person for Islamic guidance. Her family was in attendance and the audience admirably acknowledged her achievements, which includes decades of pioneering Islamic education and guidance for converts.

The keynote speaker Imam Suhaib Webb, who studied education in college, spoke of the sunnah and how, “Allah says if you’re a teacher you’re like mala’ika (angel).” He addressed the nature of the student-teacher relationship, and the importance of patience, advising, “Make sure you’re patient in your heart and with them.”