0shares
Supported by ecoAmerica, George Mason University’s Center for Climate Communication, and the Parliament of the World’s Religions, ISNA conducted what we believe to be the first-ever national convenience survey sample focused exclusively on Muslim-Americans. The results were striking. Of the more than 1,180 Muslim-Americans that fully participated in the online survey from April to May, 2018, the overwhelming majority:
Results of the forty-three question survey suggest strong support for taking measures to address climate change from Muslim-Americans across gender, age, geographic origin, and even political orientation.
Respondents also expressed overwhelming levels of religious motivation for their beliefs in taking action on climate change, and their interest for Islamic educational institutions to more thoroughly teach children about climate change.
No other American religious group surveyed by ecoAmerica (the funder of the study and our institutional partner on climate change) had higher percentages demonstrating awareness of climate causes, impacts, and actions steps to address it than Muslims.
For more information on the survey methodology, results, and recommendations, please see the full report here. 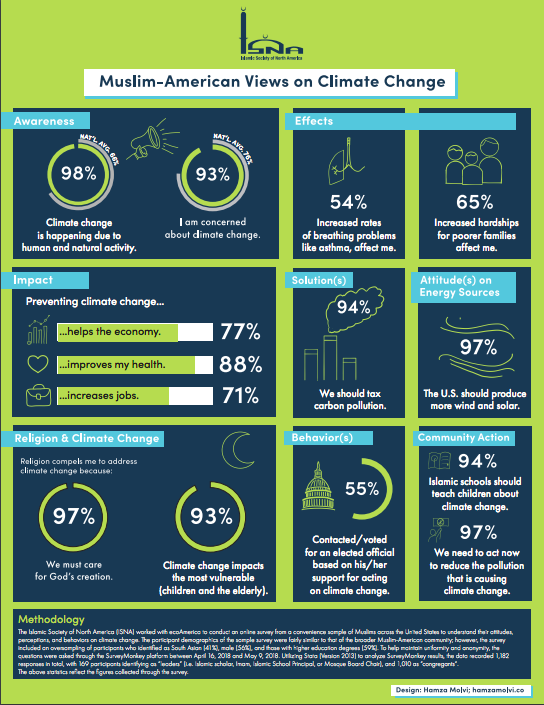