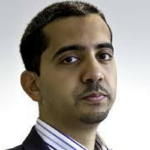 Mehdi Hasan is the award-winning presenter of ‘UpFront’ and ‘Head to Head’ on Al Jazeera English, born and  brought up in the UK but now based in Washington D.C. He is the former political director of The Huffington Post UK, a regular contributor to the New York Times and the Guardian and the author of two books. Mehdi has been included in the annual list of the 500 ‘most influential’ Muslims in the world and his Oxford Union speech on Islam and peace went viral in 2013, amassing several million views online. He has interviewed, among others, Edward Snowden, Ehud Olmert, Imran Khan and General Michael Flynn.