ISNA Urges Its Members to Pray for President Mandela 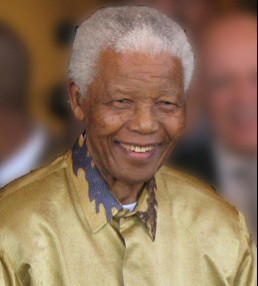 As President Nelson Mandela continues to be in a critical condition in the hospital in South Africa, the Islamic Society of North America (ISNA) remembers his historical contribution as a fighter for freedom and human solidarity. President Mandela not only led his people to victory against apartheid but also inspired all of humanity with his unwavering commitment to reconciliation and forgiveness. He was well versed in this Quranic message and acted on it at a critical time in the history of mankind:

“Good and evil cannot be equal. Repel evil with what is better and your enemy will become as close as an old and valued friend…” (The Holy Qur’an 41:34).

We urge our brothers and sisters in American mosques to mention his contribution and remember him in their prayers. The Muslim community in South Africa recalls his visit to the Awwal Mosque in the Bo-Kaap soon after his inauguration as the president to show his appreciation for the contribution that Muslims had made to the struggle during apartheid.

“ISNA remembers with pride the rallies and programs we helped organize in the 1980’s in solidarity with the anti-apartheid movement in South Africa.  We were joined by a vast number of people of other faiths in America dedicated to the same cause. All of us were inspired by the iconic figure of our great brother and anti-apartheid leader Nelson Mandela,” said Dr. Sayyid M. Syeed, National Director of ISNA’s Office for Interfaith and Community Alliances.

Mandela was admitted to the hospital on June 8 in “serious but stable” condition. It appears that his condition has remained unchanged since then.

According to The Voice of the Cape, South African President Jacob Zuma and Mandela’s grandson both expressed their appreciation for the messages of support he is receiving from all over the world.

“It is an honour for us as South Africans to share Madiba with the international community,” said President Zuma. “We fully understand and appreciate the global interest in this world icon. We are so proud to call him our own.”  He added a request that everyone “continue to keep President Mandela and the medical team in their thoughts and prayers”.

Grandson Mandla Mandela said, “We want to say thank you and we appreciate all your support that you show towards our grandfather and your father….  My grandfather is the father of the nation, embraced by the entire global community, so we appreciate the support we have received.” He added his gratitude for the President and government’s support and for “the doctors who have worked around the clock to ensure that they look after him while he is in the hospital.”