0shares
On June 22, 2013, the Islamic Center of Central Missouri hosted the Islamic Society of North America (ISNA) and the National Religious Campaign Against Torture (NRCAT) for an event about how to end US-sponsored torture.  Dr. Rashed Nizam of Columbia, Missouri invited NRCAT after ISNA introduced him to their work.  ISNA has been a founding member of NRCAT since its inception in 2006. 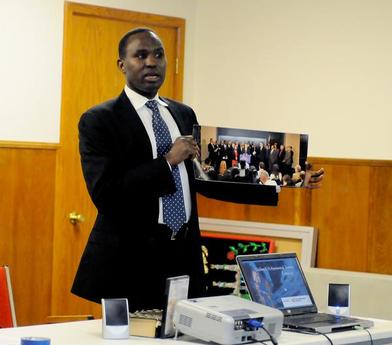 A key way to end torture is for the American public to become aware of what is happening and take action to change it.  Over the past several years, NRCAT has mobilized people of faith to end torture in U.S. policy, practice and culture.  There are now over 300 participating member organizations in NRCAT. “It’s wrong to harm people and to not respect the dignity of each person,” said Rev. Richard Killmer, NRCAT Executive Director. “Even if (torture) worked, it’d still be wrong.” Dr. Mohamed Elsanousi, Director of Community Outreach at the Islamic Society of North America,also spoke at the event.  “Seeing another human being tortured is just wrong,” he said. “Human beings need to be honored, respected and loved.”  Dr. Elsanousi also spoke about ISNA and NRCAT’s joint efforts in the interfaith campaign to end anti-Muslim sentiment, called, Shoulder-to-Shoulder: Standing with American Muslims; Upholding American Values. Rev. Killmer highlighted NRCAT’s four main areas of work: 1. To ensure that U.S.-sponsored torture of detainees never happens again. 2. To end the use of torture in U.S. prisons and detention facilities, in particular the use of prolonged solitary confinement. 3. To end U.S. support (direct or indirect) of any country that engages in torture and to work for U.S. policies that help other nations stop their torture practices. 4. To end the bigotry and hatred that promotes the practice and acceptance of torture against religiously, ethnically and other targeted groups. Since the fall of 2010, NRCAT has worked for an end to anti-Muslim bigotry. Tonight, NRCAT is holding an interfaith prayer service in Washington, DC to pray for the healing of our nation’s culture of torture.  Given the current hunger strike at the Guantanamo Bay prison, NRCAT’s efforts are focusing even more on closing the facility. NRCAT is also actively working to ask the U.S. Senate Intelligence Committee to release a 6,000-page report on CIA torture and curbing the use of prolonged solitary confinement in U.S. prisons.
Read more
0shares