0shares
Last week, Dr. Sayyid M. Syeed, ISNA National Director for Interfaith & Community Alliances, joined the third meeting of international experts on the “Istanbul process” for implementation of UN Human Rights Council resolution 16/18.  This resolution was adopted in March 2011 for the purpose of “combating intolerance, negative stereotyping and stigmatization of, and discrimination, incitement to violence, and violence against persons based on religion or belief.” The framework for the Istanbul process was launched that same year by former U.S. Secretary of State Hillary Clinton and  Ekmeleddin Ihsanoglu, Secretary General of the Organization of Islamic Cooperation (OIC). 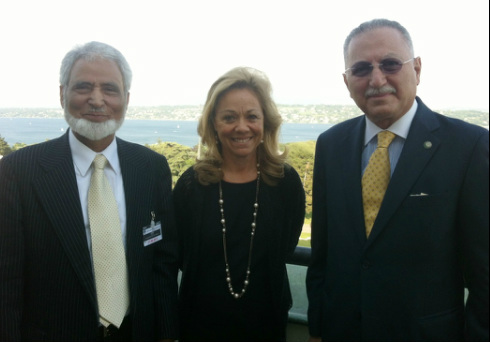 The OIC hosted the meeting in Geneva, Switzerland, focusing on advancing interfaith dialogue, speaking out against “advocacy of religious hatred that constitutes incitement to discrimination, hostility or violence” and determining how best to implement  “measures to criminalize incitement to imminent violence based on religion or belief.” Dr. Syeed spoke about ISNA’s work to protect the rights of religious minorities in Muslim-majority communities around the world, in addition to its work for the rights of Muslim minorities in the United States.  Dr. Syeed described the Shoulder-to-Shoulder campaign in the United States as a model example of interfaith collaboration for the rights of all religious groups.   ISNA’s current efforts on international religious freedom have received formal endorsement from the OIC.
Read more
0shares