ISNA Executive Council and Board Meet at Headquarters 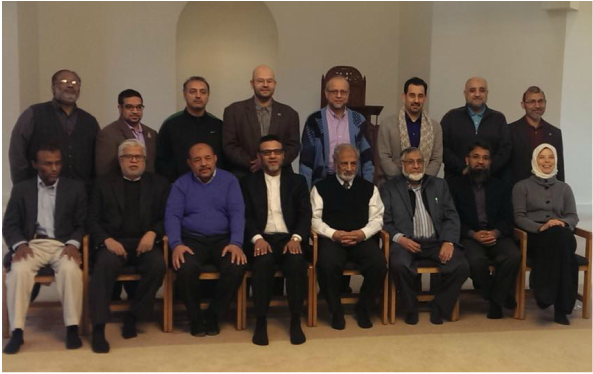 (Plainfield, IN 12/9/14) Over the past weekend, the Islamic Society of North America (ISNA) hosted meetings for its executive council and board (majlis ash-shura) at ISNA Headquarters in Plainfield, Indiana. The meeting was primarily to discuss and approve the organization’s proposed budget and plans for 2015. “We look forward to ISNA’s plans for the upcoming year,” says ISNA President Azhar Azeez. “One of our top priorities would be to reconnect ISNA with the grass roots so that together we can serve the important needs of our community. We ask Allah to continue to bless the executive council, majlis ash-shura, secretary general and his staff for their hard work and dedication in serving the American Muslim community.” The Islamic Society of North America (ISNA) is the largest and oldest Islamic umbrella organization in North America. Its mission is to foster the development of the Muslim community, interfaith relations, civic engagement, and better understanding of Islam. —END— CONTACT: ISNA Communications Director Edgar Hopida, 317-839-1820 or 317-679-6350, ehopida@isna.net
Read more
0shares