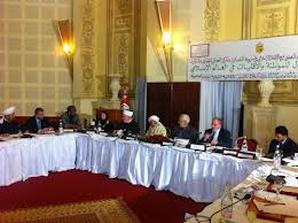 On November 19-20, 2012 ISNA cosponsored the “Inaugural International Conference on Citizenship and Minorities in the Muslim World” in Tunis, Tunisia. This groundbreaking conference represents ISNA’s ongoing work with Muslim leaders worldwide to establish consensus on Islamic standards and protocols for the advancement of religious freedom, particularly for religious minorities in Muslim-majority countries. The other cosponsors of the conference were the Global Centre for Renewal and Guidance and the Tunisian Ministry of Religious Affairs, led by Shaykh Abdallah Bin Bayyah and Dr. Noureddine al-Khademi, respectively.  Conference participants included Ambassador Rashad Hussain, President Obama’s Special Envoy to the Organization of Islamic Cooperation, Ministers of Religious Affairs and scholars from numerous countries, including Syria, Nigeria, Saudi Arabia, and several other countries. Since last year, ISNA has been working with Muslim scholars worldwide, particularly Sh. Abdallah Bin Bayyah, Vice President of the International Union of Muslim Scholars, to develop a mechanism to address challenges faced by religious minorities in Muslim-majority communities around the world.   Last week’s conference is the latest in a series of scholarly meetings this year, including one this past July in Nouakchott, Mauritania. This conference serves as the inaugural event for an even larger conference of scholars which will be held in 2013 in Morocco. In advance of last week’s conference, ISNA commissioned three prominent scholars, Sh. Bin Bayyah, Dr. al-Khademi, and Sh. Rached Ghannouchi, Vice Secretary General of the International Union of Muslim Scholars to present foundational papers on the notion of citizenship and the rights of religious minorities. The scholars’ presentations helped define the numerous contentious issues and key obstacles that Islamic scholars face in discussions on concepts of citizenship and minority rights. For example, Sh. Bin Bayyah argued the need for a new definition of citizenship, one which is no longer based on shared histories, ethnicity, and religion, but rather on a voluntary association between individuals in a particular land. What is needed now, he argued, is a nondiscriminatory body of laws that mediates justly between competing claims in an ethnically, religiously, and racially diverse public square. Following these presentations, several scholars, including Dr. Suhaib al-Shami of Syria, former ISNA president Dr. Ingrid Mattson, and Dr. Abdul Majeed al-Najjar of Tunisia, delivered formal responses. Following a vibrant intellectual exchange, the conference produced a formal list of recommendations regarding the solutions discussed during the conference, including the following: 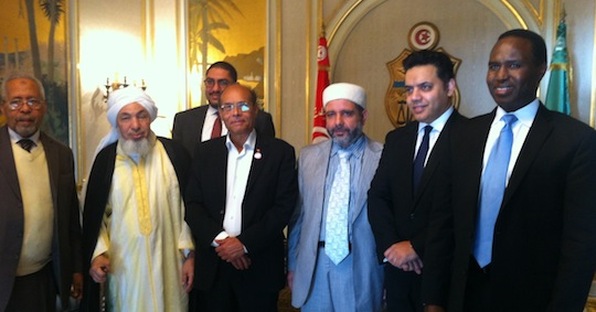 The conference was broadcast live by several international and regional media outlets, including Al-Jazeera, and several Arab papers highlighted the conference in morning editions of local and international news. Conference organizers also met with Tunisian President Moncef Marzouki to brief him on the goals of the conference.  He expressed his support for ISNA’s ongoing efforts to promote Islamic standards and develop protocols for the advancement of religious freedom and rights of minorities in Muslim-majority countries. “This was our first major conference on citizenship and the rights of minorities in the Muslim world,” said ISNA President Imam Mohamed Magid.  “As a result, we developed several guiding principles to navigate these issues in the future.  This is an ongoing process, and I look forward to ISNA’s continued work with Muslim scholars in order to produce a final document that establishes protocols on the treatment of citizens of all faiths in Muslim-majority countries.”
Read more
0shares