ISNA Board of Directors has appointed 3 new members to join its team.

The Islamic Society of North America (ISNA) Board of Directors has appointed 3 new members to join its team. We are honored to welcome Drs. Mohamed Elsanousi, Iltefat Hamzavi, and Shariq Siddiqui.

Click here to learn more about the ISNA Board of Directors. 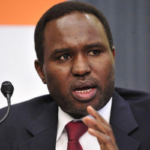 Dr. Mohamed Elsanousi is the Executive Director of the Network for Religious and Traditional Peacemakers, a global network that builds bridges between grassroots peacemakers and global players to work towards sustainable peace. Most recently, Dr. Elsanousi acted as the director of Community Outreach and Interfaith Relations for the Islamic Society of North America for twelve years. He also served on the Core Group Taskforce for the Department of State’s working group on Religion and Foreign Policy under Secretary Clinton and Kerry, which he was charged with making recommendations to the Secretary of State and the Federal Advisory Commission on how the US government can better engage with civil society and religious actors. Dr. Elsanousi holds a bachelor’s degree in Shariah and Law from the International Islamic University in Islamabad, Pakistan, a Master of Laws from Indiana University, a graduate diploma in philanthropic studies from the Indiana University Center on Philanthropy, and a Ph.D. in Law and Society from the Indiana University School of Law. Read Full Bio Dr. Iltefat Hamzavi 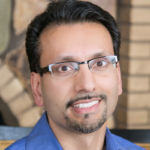 Dr. Iltefat Hamzavi has practiced dermatology since 2001. In addition to general dermatology, he specializes in photodermatology, hidradenitis suppurativa, vitiligo, and ethnic dermatology. Dr. Hamzavi splits his time between Hamzavi/Dermatology Specialists and Henry Ford Hospital. He also directs the investigator-initiated research group at Henry Ford. He has served as the President of Hidradenitis Suppurativa Foundation and Co-chair of the Global Vitiligo Foundation. Inside the American Muslim community, he has served as the founding board chair emeritus of the Institute for Social Policy (ISPU). He has served on the board of Crescent Academy International as well as the Michigan Muslim Community Council (MMCC). In addition, he serves on the national and state boards for Emgage and Alim. Iltefat cherishes time with his family and service to his home state of Michigan. Read Full Bio Dr. Shariq Siddiqui 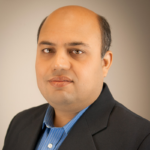 Dr. Shariq Siddiqui serves as the visiting director and assistant professor of the Muslim Philanthropy Initiative at the Indiana University Lilly Family School of Philanthropy and also the Executive Director of Association for Research on Nonprofit Organizations and Voluntary Action (ARNOVA). ARNOVA is a leading international association that connects scholars, teachers, and practice leaders in research on nonprofit organizations, voluntary action, philanthropy and civil society. Shariq has a Ph.D. and M.A. in Philanthropic Studies from the Lilly Family School of Philanthropy. He also has a JD from the McKinney School of Law at Indiana University. Shariq has served as a nonprofit practitioner and board member for over 20 years. Read Full Bio
Read more
0 shares