From Baptist Reverend Brent Walker: Reaching Out to Our Muslim Neighbors 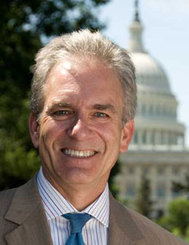 Written by J. Brent Walker, Executive Director, Baptist Joint Committee on Religious Liberty Source: www.bjconline.org In the wake of the Boston Marathon bombing, a cab driver was dispatched to pick up a fare at a country club in northern Virginia. The driver, Mohamed Salim, an immigrant from Somalia, is Muslim. (He is also a naturalized U.S. citizen, an army reservist who served in Baghdad, and a married father of four!) When the passenger — who had been drinking but was said not to be intoxicated — found out Mr. Salim was Muslim, he allegedly became abusive, attacked Mr. Salim and fractured his jaw. Most of this was captured by video on Mr. Salim’s cell phone. According to The Washington Post, the passenger, claiming that the Quran mandates Muslims to kill non-believing infidels, declared: “If you’re a Muslim, you’re a [expletive] jihadist,” and continued, “You are just as bad as the rest of them.” In our post-9/11 world, this attitude is not that unusual. In fact, I have heard similar sentiments expressed in Baptist churches — sans the inebriation and expletives, of course. Islamophobia is born of ignorance, mixed with a toxic dose of fear and anger. Can somebody cherry pick proof texts for violence in the Quran? Yes, you can. But you can do the same in the Hebrew and Christian scriptures. Should all of Islam — practiced by about one fifth of the world’s population — be impugned by aberrant acts of criminals who happened to be motivated by their perverted understanding of their religion? Absolutely not, no more than all of Christendom can be blamed for violence spawned over the years by the Ku Klux Klan or all Baptists because of the rhetorical terrorism spewed by members of the Westboro Baptist Church. The threat of violent Islamic terrorism is out there and must be resisted with all our might. But equally real are peace-loving, patriotic American Muslims — shall we hazard a guess of 99.99 percent? — whom we need to befriend and get to know. Yes, a more mature understanding of Islam must be accompanied by a better relationship with Muslims. Here, it seems to me, Baptists are making major strides. First, in our nation’s capital, the Baptist Joint Committee has long worked with Muslim groups including the Islamic Society of North America (led by Dr. Sayyid Syeed) and Muslim Advocates (led by Farhana Khera). We have stood shoulder-to-shoulder with our Muslim friends on religious liberty issues dealing with construction of mosques and misguided congressional investigations of terrorism focused only on Islam. Second, at the denominational level, Dr. Roy Medley, General Secretary of the American Baptist Churches, USA, joined with other Baptist groups to convene two national Muslim-Baptist dialogues in the Boston area — one in January 2009 and another in December 2012. (The proceedings of the 2009 conference have been published.) Several Baptist groups — including the Alliance of Baptists, Cooperative Baptist Fellowship and Baptist World Alliance — cooperated with the American Baptists in the conversation with Muslim leaders, including Dr. Syeed. Reinforcing these two groundbreaking national conversations, three regional events were held to further the effort to promote understanding and peace between Islam and Christianity. These were hosted by Central Baptist Theological Seminary in Kansas, American Baptist Seminary of the West in California and Virginia Union University in Virginia. Kudos to all of the leaders of and participants in these valuable conversations. Third, much can be done at the local, congregational levels. Associated Baptist Press reports, for example, that Grandin Court Baptist Church in Roanoke, Va., planned to provide housing and meals for a group of University of Michigan students volunteering for a community service project in southwest Virginia. Only after they showed up did Pastor Kevin Meadows and church members learn that all of the students were Muslims. After quickly making a few changes in menus to accommodate Islamic dietary requirements and providing quiet prayer sanctuaries, the spring break service project went forward without a hitch. The students even joined the church for worship on Sunday morning. One of the students reportedly blogged, “The worship service itself was interesting. We constantly outline the differences in our religions when in fact there are tenets that hold true in many religions. … The service was filled with music — a unique experience for me, yet one I enjoyed. There was a genuine sense of community and family within the church, and even as a visitor from Michigan, I felt accepted.” Way to go, Kevin, and the brothers and sisters of Grandin Court Baptist. You’re showing us all how to do it right. Common sense, as well as Christian charity, tells us that it is wrong to scapegoat— to blame an entire religion for the despicable acts of a handful of murderous outliers who claim that religious affiliation. The face of Islam for us here in this country must be our Muslim neighbor, our Muslim conversation partner, our Muslim coalition colleague, and, yes, a Muslim cab driver trying to earn a living for his family. This column originally appeared in the Baptist Joint Committee’s May 2013 Report from the Capital. Click here to download the entire magazine as a pdf document.
Read more
0shares